To both the untrained and shrewd eye, the beauty of a watch often lies in the detail of its finishing. Well, did you know that originally, the first ornamentations were in fact due to functional, not esthetic concerns. Ever since, mixing tradition and modernity, artisans and manufacturers have continued to apply these decorative processes to the art of watchmaking.

As a buyer, knowing about these different methods and their nuances will allow you to better appreciate the value and expertise behind any model of timepiece. Beading, latticework, engraving, damaskeening, chasing, chamfering; these terms will no longer hold any secrets for you. So let's look at an overview of the main decorative techniques in watchmaking!

Engraving is one of the most common decorative processes in watchmaking. It involves pictures and patterns carved into the dial, the case or the parts of the movement. These may also be numbers and letters; in that case, engraving serves to provide identification. All kinds of engraving techniques exist today, from the most modern - mechanical, chemical, laser, pantograph - to the artisanal, such as intaglio engraving with a burin.

The opposite of engraving, chasing has the effect of making the pattern stand out by giving it relief. In order to carry out this decoration with the utmost precision and dexterity, the watchmaking artisan sculpts the motif by digging into the surrounding material, with a beveled steel blade called a chisel. Industrial chasing uses a pressing (stamping) process, which allows for an even cleaner and well-made result.

Beading consists of tracing small circles very close to one another, or even slightly overlapping. Also called Œil de Perdrix or partridge eye, it mainly adorns bridges and plates and helps to give the surfaces a matte effect. While these days it serves a purely esthetic purpose, it once served to reduce the reflection of light, making assembly easier for the watchmaker. With modern machines being costly and limited to large-scale production, it is still primarily done by hand with a beading tool, much to the delight of the connoisseurs. Fitted with a turning shaft, the beading machine delicately marks the piece, thus drawing the circles at regular intervals.

Historically reserved for the bridges of verge watches, latticework experienced a resurgence in popularity thanks to the recent enthusiasm for "skeleton watches". When we talk about latticework we're referring to pieces with sections cut out in order to create an opening. The mechanism is made visible, revealing its various components and gear wheels. The openworked part may take the form of a pattern, generally floral or animal-based, adding yet more in esthetic terms. 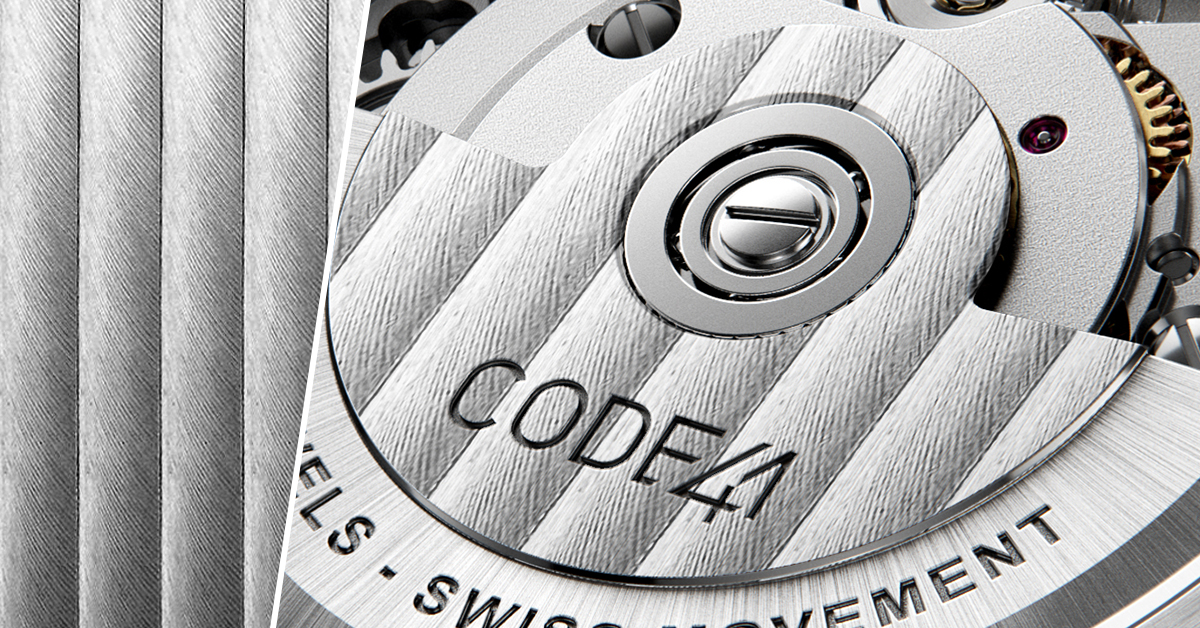 Damaskeening, Côtes de Genève or Geneva Stripes; all of these terms refer to a single pattern. First emerging over a century ago, this finish remains very common among high-end watches. It is made up of stripes or wavy lines, evoking the waves of the sea, and is used to decorate plates, rotors and the visible surface of bridges. Today it can be done easily using a semi-automatic or digital-control machine. Watchmakers themselves prefer the use of a ruler for drawing, following an ancient method that involves drawing lines on the surface of the watch in a controlled, regular manner. Lathes are also often chosen for this purpose: fitted with an abrasive pad, the tool makes stripes with a back and forth movement.

Resembling rays of sunlight, the first pattern depicts straight lines which go from the center to the outside edges. This decoration is used on the wheel, ratchet wheel or oscillating weight of the movement, where it is applied using a dome-shaped grindstone which is rotated over the surface. A variant is the spiral pattern; here, subtle spirals replace the straight lines.

Beyond just its undeniable elegance, chamfering is a very demanding technique that requires precise and meticulous execution. Done correctly, it allows the elimination of potential rough edges that might be detrimental to the functionality of the movement. It involves cutting down the edge between the surface and the sides of the mechanism by forming a chamfer inclined at 45º. The latter is then smoothed, thereby reducing the risk of corrosion.

Guillochage is a type of intaglio engraving used to decorate watch dials and cases. A very old technique, it first emerged in the 16th century, but wasn't introduced to the watchmaking world until the end of the 19th century. It involves carving interlaced straight and curved lines using a guilloche machine, a tool consisting of a crank handle and a burin. It still retains a prestigious quality to this day; watchmakers still able to perform this technique are rare and highly sought-after. 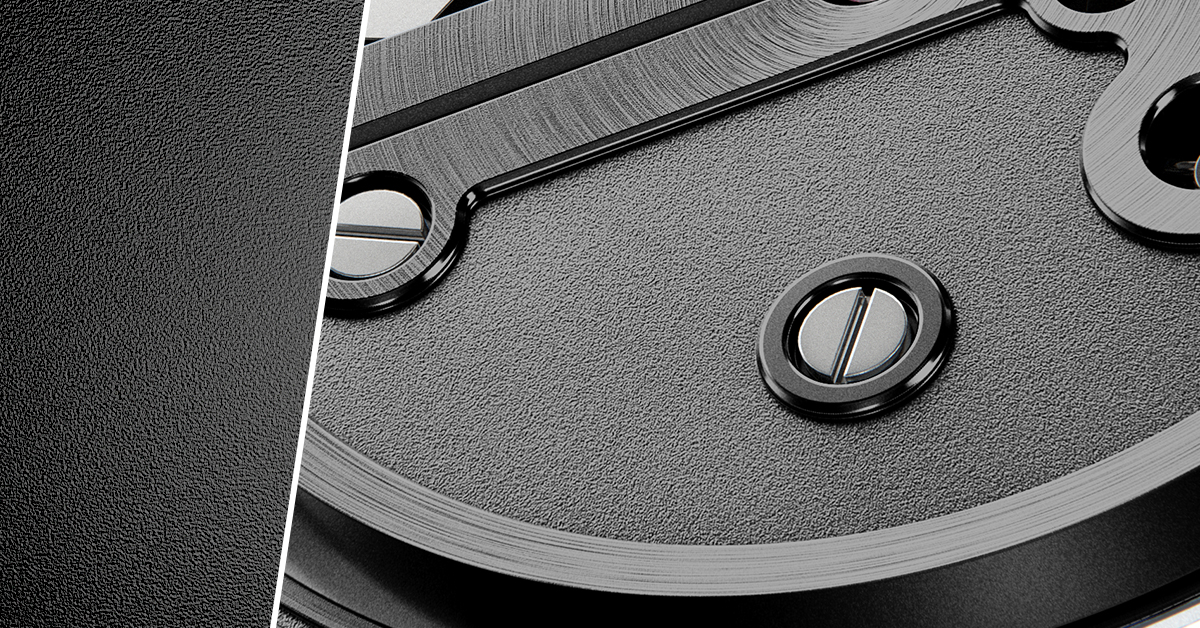 The key concept of micro-bead blasting is launching metal microbeads against a surface at full power. Upon impact, the beads dig hundreds of tiny craters, giving the piece a matte, grainy finish. The technical nature of this process lies in controlling the blasting: excessive power or too many micro-beads may damage the material. For this reason, sandblasting is sometimes preferred; a similar process that, despite what its name suggests, does not use sand, but rather highly-durable abrasive materials such as white corundum. 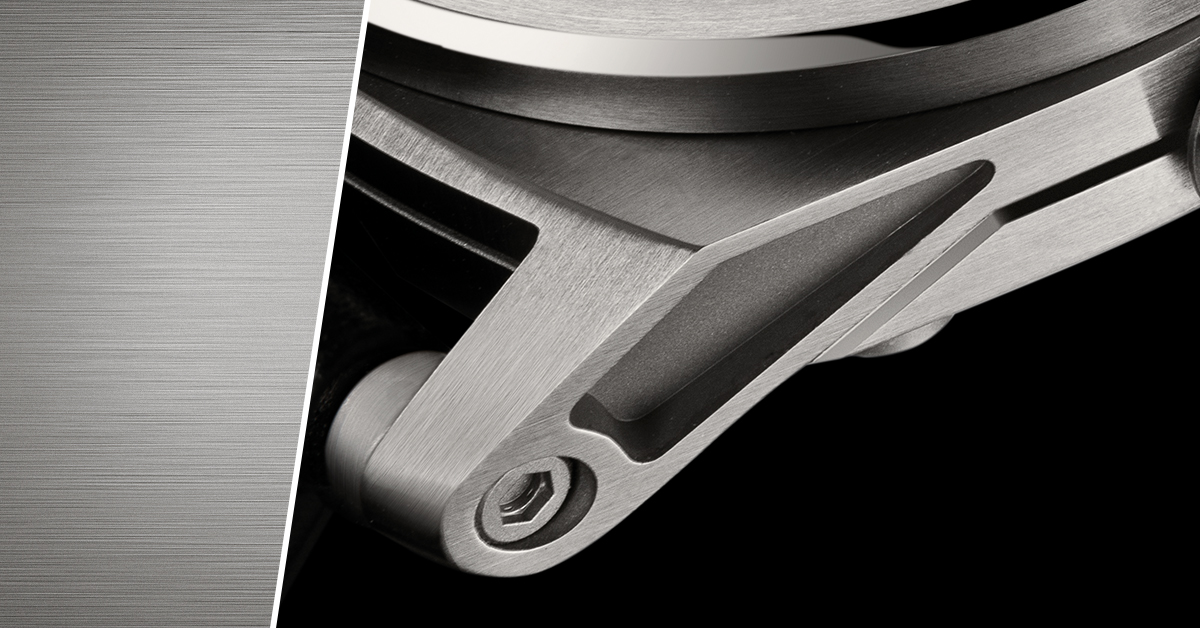 Also known as brushing, satin-finishing consists of coating a metallic surface with miniscule parallel stripes until a clean and consistent finish is achieved. One distinctive feature of this technique is how it catches the light. Discreet, it is used on the less visible parts of the movement, like the edges of the components, but also on cases and straps. 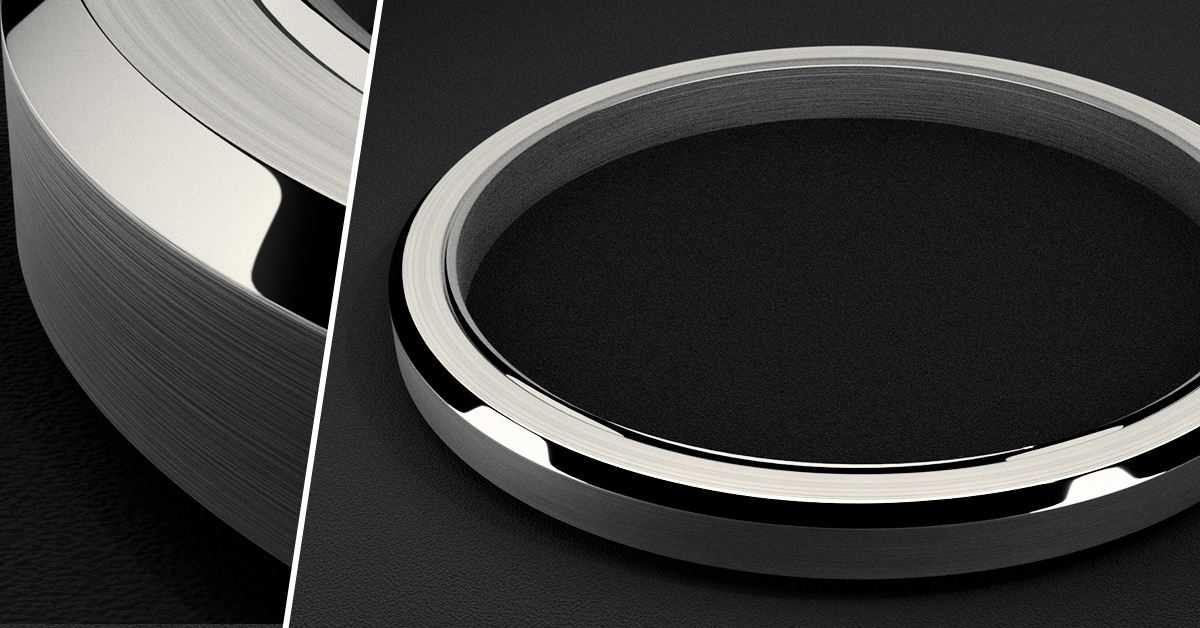 Polishing a piece tones down the material, making it very smooth and thereby creating a mirror effect. The aim of polishing is, above all, to provide more shine. In fine watchmaking, this very meticulous finish is done by hand, using a disc covered with an abrasive paste. When it comes to polishing, black polish (or mirror polish) is the best of the best, offering a startling visual display of light contrasts and reflections.

Watch decoration can, therefore, take various shapes, each adapted to the complexity of the mechanisms and the style of the watches. While the modernization of certain processes is ideal for large-scale production, the distinctive charm of hand-finishing continues to prevail in fine watchmaking.