X41: the conquest of Fine Watchmaking

The X41 project was born from a rather crazy idea: creating a manufacture movement in line with the finest traditions of Swiss Master Watchmakers, and making this high-end timepiece available to as many enthusiasts as possible.

Fine Watchmaking is often associated with the world of luxury, which is synonymous with inaccessibility, social standing, and even ostentation. These subjective criteria have the unfortunate tendency to propel prices to artificially high levels.

However, above all Fine Watchmaking is synonymous with superior expertise and high quality.

Ancestral technical expertise handed down by generations of Master Watchmakers

Coming from a background of specialized training in the fields of "applied arts" and "artisanal crafts", these experts have relatively low output, but each piece requires signicant human input.

Each action performed is the result of years of experience and centuries of tradition. Producing a single piece take days, and even months for the more elaborate movements.

Standard watchmaking, on the other hand, has fully integrated its technical expertise into industrial technology.

Manufactured in their hundreds of thousands, these movements are made in automated factories. On production lines, the majority of the actions are performed by mechanical arms, overseen by automation technicians.

In working on a small scale, CODE41 has joined forces with the craftmanship of Fine Watchmaking. A small watchmaking workshop located in Jura has brought the X41 movement to life in pure Swiss watchmaking tradition.

The finishing, decoration and assembly are performed entirely by hand. Exclusively for the CODE41 community. Exceptional pieces showcasing the most cutting-edge expertise. Pure watchmaking art.

Technical feats in the name of art

The "skeleton" watch was one of the clear signs of the emergence of Fine Watchmaking, when artistic passion began to take its place beside simple functionality.

The skeleton watch was first thought up around 1760, by Paris watchmaker André-Charles Caron.

In a bid to stand out from his rivals, André-Charles Caron had the idea to make the movement he was making visible, putting it on show, as if in a display case. He then refined the components at the heart of his movements as much as possible, honing, carving and ultimately transforming the plates and bridges within. The basic time-telling function evolved into a real artisitic creation.

During the 1960s, the production of watches became industrialized; pieces were mass-produced by machines and the miniaturization of electronics made quartz watches a possibility. Watch design became standardized in order to allow large scale production...

Quartz brought about a significant step backwards for mechanical watchmaking, but it would also allow Fine Watchmaking to truly flourish and to offer technical excellence enhanced by truly artistic design.

Checking the time became an excuse. Fans of exceptional design and lovers of art and mechanical achievement alike were taken by the magic and emotion of the experience.

The X41 project has also enrolled itself in this approach to the art of watchmaking that brings together technicality and mechnical magic. A good example is its peripheral oscillating weight, a real technical feat achieved by only a very limited number of brands.

The peripheral oscillating mass allows for a reduction in thickness and more transparency compared to a standard central weight, which obstructs the true beauty of the movement. 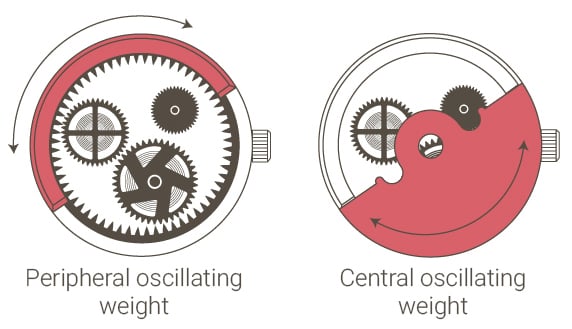 Fine Watchmaking cannot be fully appreciated without acknowledging the unique historical heritage of its technical and artistic expertise.

The evolution of watchmaking began in 17th century Switzeralnd. We owe this development to the great many Huguenots who emigrated here following the revocation of the Edict of Nantes by Louis XIV.

They were, for the most part, talented artisans who provided great knowledge to the basis of the creation of the Swiss watchmaking industry. Watches were made in the studios of independant watchmakers, who had to adjust each constituent part of the movement by hand, which in turn were generally produced by a multitude of tiny specialist workshops.

The watchmakers of Jura earned their global reputation thanks to their grand complications. Even today, the most prestigious watchmaking brands are still based in the region, while the Ecole Technique in Porrentruy trains the master watchmakers of tomorrow.

This is the very same age-old heritage that CODE41 wanted to incorporate into their own project.

This is why they chose to collaborate with Timeless Manufacture for the design of their movement. Located in the heart of Jura, they work side-by-side on projects with the most prestigious watchmaking houses; from the development of tailor-made mechanical movements to the production of grand complications.

Through its technical expertise and artistic creativity, the X41 project is placing itself definitively in the tradition of major Fine Watchmaking projects, a far cry from industrial movements.

Produced in limited quantity exclusively for the CODE41 community, the X41 manufacture movement is made entirely in Switzerland, and reflects the most in-depth watchmaking expertise. Its peripheral oscillating weight is a true technical feat, and one that has currently only been achieved by a handful of brands.

Until now, high-end watchmaking was reserved for only the most fortunate, but thanks to the X41 project, it's finally going to be accesible to enthusiasts of all kinds.